Umrah (the minor pilgrimage) and Hajj (the obligatory pilgrimage) both remain the two most significant pilgrimages of the Islamic faith. Every year, millions travel for the holy rituals with their hajj 2022 cost. Arriving in the holy city of Makkah, pilgrims observe the pilgrimage rites.
However, there lie a lot of differences between hajj and umrah. Here’s why Umrah is different from Hajj.

Level of obligation.
Hajj is an obligation for every Muslim who can afford it by all means. That implies a person who is;
•Financially capable.
•Physically fit.
•Independent.
•Mentally sane.
is obliged to observe the obligatory rites of the hajj pilgrimage. If anyone doesn’t do so, it’s a sinful act.
Umrah, on the other hand, remains a voluntary pilgrimage. it’s a sunnah act to perform the holy rituals of the minor pilgrimage and thus not an obligation. So, if a person doesn’t perform umrah despite having all the means for it, there is no sin for him/her.

Rituals.
Umrah rituals comprise of four major acts;
•Assuming Ihram from the Miqat region.
•Tawaf of Holy Kaabah.
•Sayee of Safah and Marwah hills.
•Shaving or clipping of head hair.
When all of these rituals compete, the Umrah pilgrimage gets performed by a pilgrim.
However, for hajj one has to perform additional rites of;
•Staying in Mina.
•Travel to Arafat and Muzdalifah regions.
•Rami-al-Jamarat.
•The sacrifice of an animal.
•Farewell Tawaf.
In short, all of the umrah rituals remain a part of Hajj rituals but not all the hajj rituals are a part of umrah rituals.

Period of performance.
Hajj is an annual pilgrimage that gets performed during the month of Dhul-Hijjah i.e., from the 8th to 12th of this month. Umrah, on the other hand, can be performed at any time of the year and if one performs its rituals consecutively, it can be completed within the same day.
Additionally, Hajj is a pilgrimage that gets performed by millions of pilgrims together. For instance, they begin as well as end their hajj rituals at the same time and perform them at the same place. However, umrah rituals are performed by a pilgrim individually.

Different Types.
There are three different types of Hajj;
•Hajj-al-Ifrad.
•Hajj-al-Qiran.
•Hajj-al-Tamattu.
While umrah pilgrimage only has two types.
•Umrah-Al-Mufradah.
•Umrah-Al-Tamattu.
So, these are among the fundamental yet significant differences that lie between hajj and umrah pilgrimages. Hajj being an obligation remains advised to perform as soon as possible (if one can afford it). Umrah, on the other hand, is a voluntary but recommended pilgrimage as it holds similar rewards to the hajj pilgrimage. 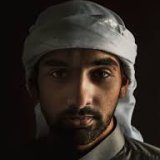 Abdullah Saif is professional travel Agent for Hajj and Umrah. He is well experienced and skilled in consultancy about the Hajj and Umrah Packages at Baitullah Travel.

No comments to show.